“I am concerned with making something new – realities – as it were: what imbeciles call ‘Impressionism.'”- Claude Debussy

The music of Claude Debussy is an acquired taste. While some listeners adore the blurred harmonies and the haziness that results from a lack of structure, others frown on his music as being either lazy or downright rebellious. Like it or not, however, Debussy has changed the world of music forever.

So, what exactly is the big deal about Debussy?

Claude Debussy (1862-1917) composed during a time of violent upheaval in the artistic realm. The camera had just been invented, and the realism of photographs threatened to utterly destroy the desire for talented painters. One artist named Paul Delaroche lamented that “from today, painting is dead.”

Other artists, however, refused to give up so easily. Unable to compete with the realism of a photograph, one group of painters sought to focus on the sensations the colors and shapes of a painting could provide. They created vague impressions of objects that didn’t reflect reality, but carried viewers into an alternate reality – allowing them to finally see with their eyes the dreamworlds that before this had existed only in their imaginations.

Look at this painting of the Rouen Cathedral by Claude Monet. Notice the blurred lines, giving a hazy impression of a cathedral that is almost dreamlike. This is a classic example of Impressionism: 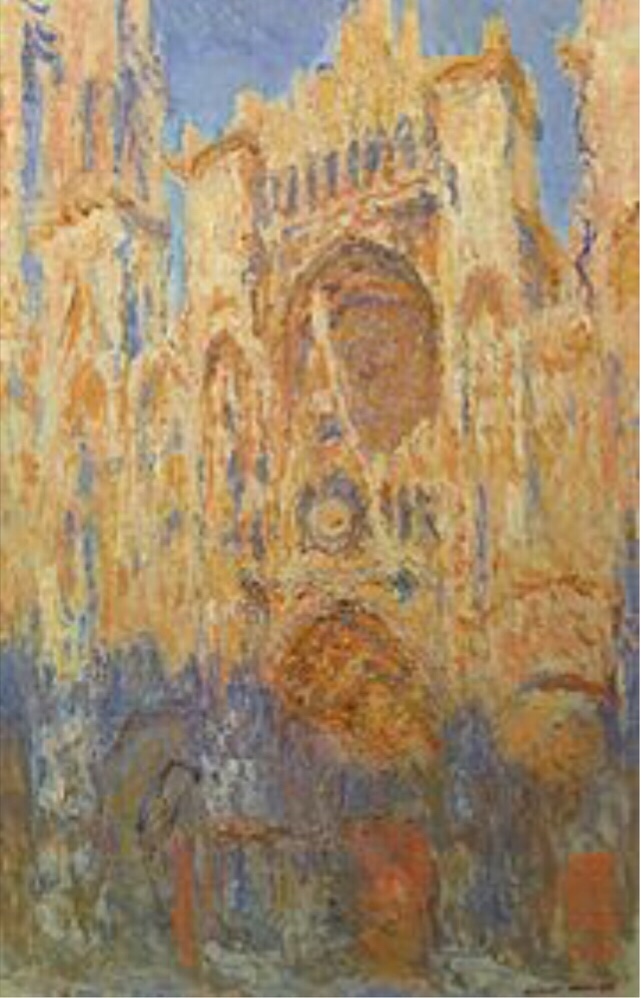 What Monet did for painting, Debussy did for music. His compositions lack the formal structure and clear harmonies of other classical musicians, but this doesn’t mean he was lazy. Instead, he worked hard to focus the listener’s ear on the color and sensation music was able to offer, achieving this with a vague, blurred sound.

Listen to The Sunken Cathedral, one of Debussy’s most beautiful pieces. Listeners are intended to receive a hazy, dreamlike impression of a grand cathedral rising out of crystal waters, which rises only to sink into the depths again moments later. It captures the futility of grasping at a dream which forever eludes us.

Can one piece of music really express something so complex? You can decide for yourself as you listen. But whether or not you pin Debussy as a “big deal,” strolling down this musical path will help you to discover why this composer is adored by millions.

Today’s post is part of the A-to-Z Challenge, where participants commit to posting one article for each day during the month of April – one for every letter of the alphabet.

Check back here at “The Artistic Christian” for a daily slice of art (art reviews, practical tips, and motivation for artists), all steeped in a rich Christian worldview.

4 thoughts on “D – What’s the Big Deal About Debussy?”