“There drew he forth the brand Excalibur,

And o’er him, drawing it, the winter moon,

Brightening the skirts of a long cloud, ran forth

And sparkled keen with frost against the hilt:

For all the haft twinkled with diamond sparks,

While covering classic examples of art and literature, it would be a grave mistake to overlook the significant impact that Arthurian legend has made on our culture. There are more versions than I can count of the early Welsh legends regarding King Arthur, Merlin, Camelot, and the Knights of the Round Table. No matter which version you find, however, you will find a powerful symbol in the form of King Arthur’s legendary sword, Excalibur.

The sword was known as Caledfwlch in the Old Welsh tongue, which comes from the words caled (“hard”) and bwlch (“breach, cleft”). The idea was that this sword wielded such power that it could cut through almost anything, including iron and wood. This led to the Latin name for the sword, Caliburn, and the notion that the sword’s name meant “cut steel.”[1]

While some versions of the Arthurian tale say that Arthur found this mighty weapon when he drew it from a stone, leading him to be crowned king, other versions claim that Excalibur was given to Arthur as a gift from the enchanted Lady of the Lake. The legends agree, however, that the story brandished like fire when it was wielded, and that the mere sight of it struck fear into the hearts of even the fiercest enemies.

What must it be like to wield such a powerful weapon?   This thought has inspired countless poems and epic tales of adventure.

And here’s the most exciting part of all: you already have this weapon in your possession.

It’s name? The Word of God.

Hebrews 4:12 describes Scripture by saying, “For the word of God is alive and active. Sharper than any double-edged sword, it penetrates even to dividing soul and spirit, joints and marrow; it judges the thoughts and attitudes of the heart.”

The Bible, also known as the Sword of the Spirit (Ephesians 6:17), is the most powerful weapon known to man. Why? Because it has the wisdom and power of the Almighty God behind it. (Sorry, Lady of the Lake, I think you’ve been outmatched!)

Of course, now that we know we have this all-powerful weapon at our disposal, it begs the question: what are we doing with it?

It’s a question worth answering. 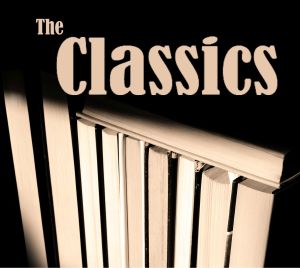 This post was submitted as part of the A to Z Challenge, where participants agree to write an article that corresponds to each letter of the alphabet, posting every day of the month of April (except Sundays).

Here on The Artistic Christian,  my theme for the month is The Classics.  Each day I’ll examine a book, film, or work of art that has become a beloved classic and discuss what has made it such a success, and what eternal themes it contains that Christian artists can use as modern illustrations.

For daily reflections from my personal travels around the world, check out my companion blog, Everyday Musings, where my theme for April is Reflections From Around the World.

9 thoughts on “X: Excalibur and the Greatest Weapon of All”