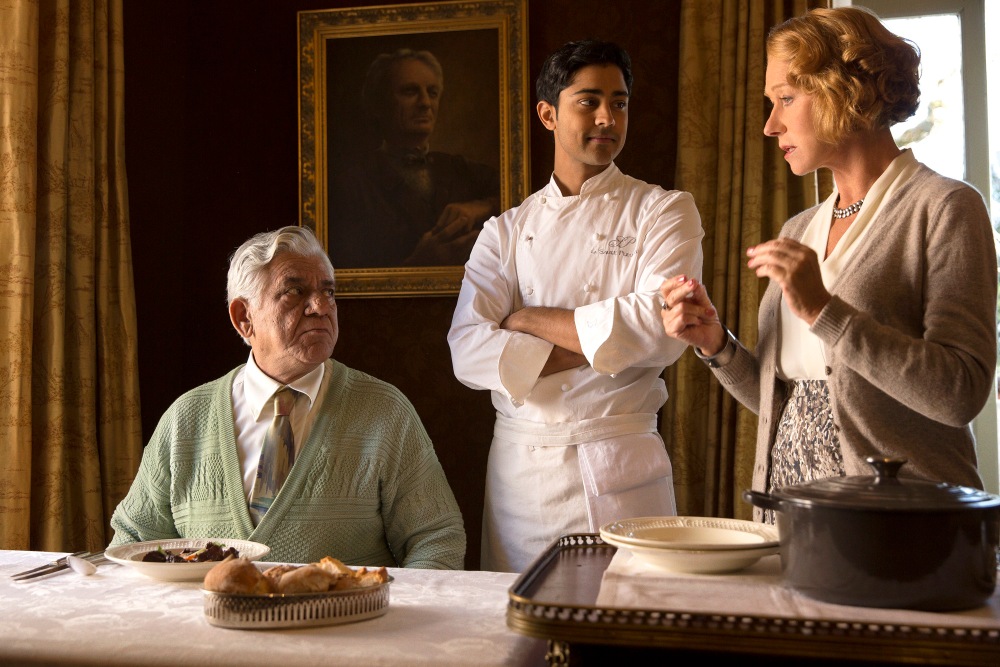 “Food blends cultures and allows us to have just a little peek into someone else’s life.”

As wholesome and refreshing as elegant cuisine, The Hundred-Foot Journey is a fun, clean film the entire family can enjoy. And would we expect anything less from a film produced by Juliet Blake, Oprah Winfrey, and Steven Spielberg?

Based on Richard C. Morais’ novel, The Hundred-Foot Journey, this beautiful film introduces us to a family of restaurant owners from Mumbai, India who move to France to make a living. Through a series of happy accidents, they end up opening an Indian restaurant in a quaint French village – directly across the street from an upscale French restaurant. The entire village is shaken as the two restaurants go to war, and everyone involved learns a little bit about good food and a lot about understanding their fellow man.

Oprah Winfrey, who chose the novel as her favorite summer read in 2010, said that “it’s about human beings coming to understand other human beings and more importantly, after you get to experience or step into somebody else’s shoes or see them for a real human being, how you understand that you’re really more alike than you are different.”

A Walt Disney production that is rated PG, this film lives up to the Disney trademark by providing loveable characters, a humorous plot, and good, clean family fun. And if you consider yourself to be a “food person” – the cuisine presented throughout the film will leave your mouth watering.

Manish Dayal, who plays an up-and-coming chef named Hassan, has a smoldering passion for cooking that would set any heart ablaze. Charlotte Le Bon, who plays a French sous chef with a heart of gold, will steal your heart. And Helen Mirren, who plays the eccentric restaurant owner by the name of Madame Mallory, will leave you grinning.

Christian viewers should keep in mind that this is not a Christian film, and it does touch on the Indian philosophy of reincarnation ever-so-briefly. On the positive side of things, the film includes no cursing or inappropriate material, and encourages viewers to learn to appreciate people from other cultures and to show love and kindness to all.

Now, if you’ll excuse me, I need to go and find a really good recipe for Beef Bourguignon.