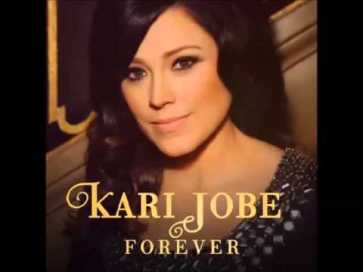 Kari Jobe, a singer/songwriter from Waco, Texas, has shot to the top of the Contemporary Christian Music Charts…and for good reason.

Since the release of her first album in 2009, she has received one Grammy Award and two Dove Awards, along with seeing this album reach No. 3 on Billboard’s Christian Music Chart and No. 1 on the iTunes Christian Music Chart. She was recently named Female Vocalist of the Year at the K-LOVE Fan Awards in 2013.[1]

I’m also thrilled to note that Kari graduated from my own alma mater – Dallas Baptist University – and is actively involved in ministry. Kari is known for leading in the “End It Movement,” which raises awareness of human trafficking in an effort to stop these horrific crimes against humanity. And on top of writing, recording, and serving as a voice for a global movement, Kari also finds time to serve as associate worship pastor at Gateway Church in Southlake, Texas.

So how did she do it? How did she achieve such success? I’ve got two reasons:

1.)    She has an amazing sound – her voice is as smooth as Egyptian silk, her lyrics ring out, crystal clear, throughout her performance space, and her background vocalists blend with her so perfectly you would swear they were family

2.)    She has an amazing message – In an interview with Mary DeMuth at Faithvillage.com, Kari explained her concept of worship: “As Americans, we’ve been fat worshipers just taking things in…it’s more about breathing in and breathing out. This next generation is getting more used to that idea – receiving from God, then giving back.”[2]

But don’t just take my word for it – listen for yourself!

Here’s a video of Kari Jobe’s most recent hit single, Forever, released February 18, 2014. It’s a powerful reminder that Christ has defeated death forever, will reign as King forever, and that we will worship Him forever.

And for worshippers like Kari Jobe – forever starts right now.

I'm a husband, father of two, pastor, private school principal and teacher who enjoys writing flash fiction as well as articles on life and art...thanks for stopping by!
Loading Comments...
Comment
×
%d bloggers like this: